A downloadable game for Windows

This is an IGMC 2018 submission, and a prototype. 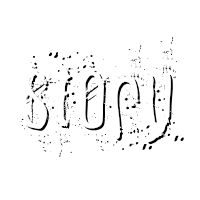 The earth has changed these past few years. Humanity is a lonely shell of what it once was, and the world is a very different place. In the face of such hardship, how does one cope with loss, and how far would you go for family?

In a small country town overcome by nature, Lia and her friends are on the trail of someone they hold very dear. Journey with them as they meet strange new people, solve puzzles, and search for answers in a world that has forgotten mankind.  If Lia can push through the haunting memories of her past, perhaps she'll discover a path toward something that feels closer to home. 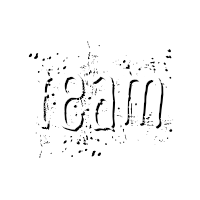 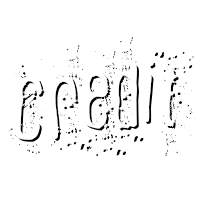 Check out our all original OST, composed by futrchamp! 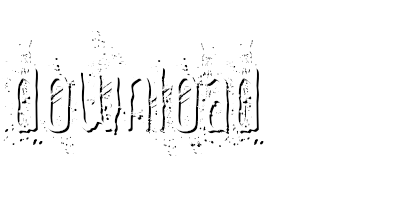 it is suppose to be person.
Grammar fix

as for the game, well...the art was good.did not care about anything else.

Sorry to hear you didn't like it! As for the grammar suggestion you made, the text is actually correct as is. That was a dialogue choice by the character, whom you will find is a bit of an odd duck. ;) Thanks for playing!

I love the story so far. The soundtrack is amazing. I love RPG maker games. they're so nostalgic. This is the first part of the prototype.

I appreciate the art style a lot <3

Well now, after thoroughly enjoying Dear Edwin I was pretty hyped to see what you guys had cooked up this time, and I was not disappointed!

A good adventure game really needs a good story and characters you care about, and this demo has really nailed that down well. We're just given little hints as to what's happened in this world, and I'm really looking forward to seeing more of that story.

Our protagonist Lia (and her erstwhile "companions" Devon and Angela) are really fun, well-rounded characters that I loved wandering around as. The NPCs I bumped into were all quirky and kooky and downright awesome too!

Loving the look and the feel of this one so far, and very keen on playing more when the chance arrives! Keep up the awesome work as always =)

Thanks for playing! Always enjoy watching your LPs! We appreciate your perspective.

Did you guys get my tweets?

It was noticeable that it was an RM game. That being said it's pretty good and the art blends well and the music is nothing short of amazing, but then I was prepared to go to the city.....

GIVE ME BACK MY LIFE YOU THIEVESSSSSSSSS

This is so good! I love the art and the atmosphere! I can't wait for the entire game! Great job!

Thanks so much! Loved the playthrough.  We definitely intend for the rest of the game to go in very much the same direction.  It's such a fun story to tell, and we agree, the dynamic between Angela and Devon is a hoot. Look forward to seeing your LP when we finish!

I'm sorry I did not speak English well.

Do you have a gmail? I would like to ask your studio a question if it's not too much trouble?

Feel free to send us your question via twitter (dm).

(in case you saw the first comment, sorry, I by mistake merged the annotations with the redacted review x_x)

Ok, first off, gotta say the artstyle is pretty nice. It fits the thematic, the palette is so well done, and the overall style is just on point. It blends just good with the world you created, and that's the most important thing.

The environments are cool, though sometimes a bit too bland, like, simple, you know? But of course I know there wasn't much time to think bout scenario designing and stuff, so yeah. Maybe the art style being simplistic doesn't helps much this fact. But yeah, it fits the purpose, and it's good. I liked this part.

The things I like the most could be the background music (really fitting, evocative) and the dialogues which I think were rather believable and on point, and the way it flows throughout the game and the different scenarios. Character design is also a strong point on this one. They all have their own quirks and rarities and that makes them feel alive. Maybe this is the part where the game gains a lot of personality, and that's a huge plus for you guys. In fact, I think the game differentiates itself p'good from RM games. If I didn't know this was made on it, I'd say it was done in whatever other engine.

So yeah, I really enjoyed Fading Remnants a lot, a sweet game, and since I saw it I knew I was going to have some fun time. Well done, guys.

Reply
Paladin-Cleric of Awesome1 year ago

This was the comments I gave when playtesting the game, I figured Ii'd post here as well.

I love the graphics, they were Excellent. Though I loved your first ideas in the game progress thread I think that the style you settled on was very good.

The music was Wonderful. Very good and thematic.

Gameplay was easy and fairly intuitive (though the pipe one did stump me for a moment. Lol)

I didn’t like having to go back to a map multiple times, but that might just be me, I like knowing all the information and not having to go back again and again to talk to someone (A little like Angela I think lol).

I like the characters, especially Devon, she was adorable! And not going to lie I immediately decided that she and Angela must become a couple! Because that’s what I do with characters when I’ve known them for more than 2 secs. (Don’t be insulted, this is a good thing, when I start pairing characters it means they’ve really resonated with me).

I understand that Lia is the main character, but I actually thought she was a mute for a while before I suddenly realised she was speaking! I think maybe I’m just used to having a face during a conversation to look at when someone is talking, having nothing other than the people on screen darken took me too long to realise it was another character (I might not be making sense!)

I thought the hints you dropped about the overall story were interesting and worth more exploration (which is obviously what you were looking for). I would have loved to see more of the story, and I hope you’ll continue the game after the contest. I also want to know why some of the characters are human and others were animallike.

The ending of the contest game got me thinking that maybe Angela and Devon are figments of Lia’s imagination (or she's schizophrenic or the adventure is going to parallel getting over something terrible, and coming to terms with the death of her sister or something) what with how they were talking about her and her sister (why would they all not continue to travel together) and also, I would love to know what happened in your world!

Overall the game was very good and I enjoyed it. It felt very short, but I know that was probably due to time constraints, and obviously I would love to know more of the world and what happened. 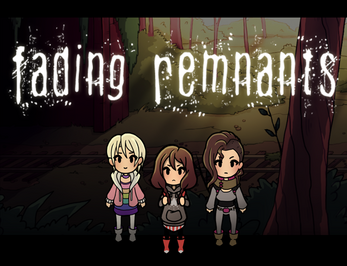 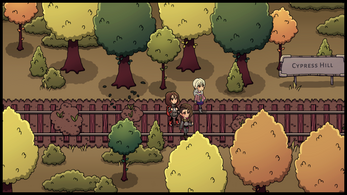 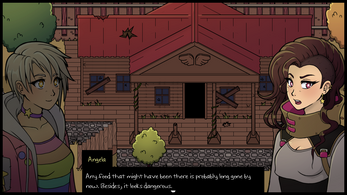 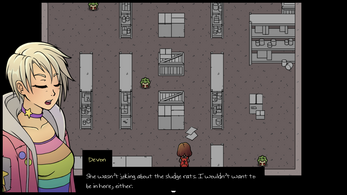 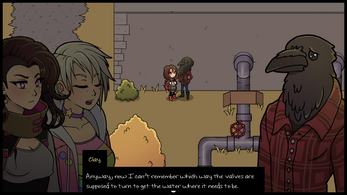